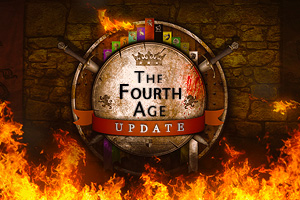 The Fourth Age offers players a fresh start, with several elements of the game world reset at the beginning of the new age.

The first faction to apply is accepted automatically, all other factions must be voted in.

NB: Please note that all features of the game world other than those mentioned above will remain as is at the time of the start of the fourth age. Players will retain all their villages, research, cards, points etc.

Players who were members of the victorious house of Age 3 at the time they won the final glory round will receive the following prize at the beginning of Age 4: